Search Me (My Blog)

A Part of Me 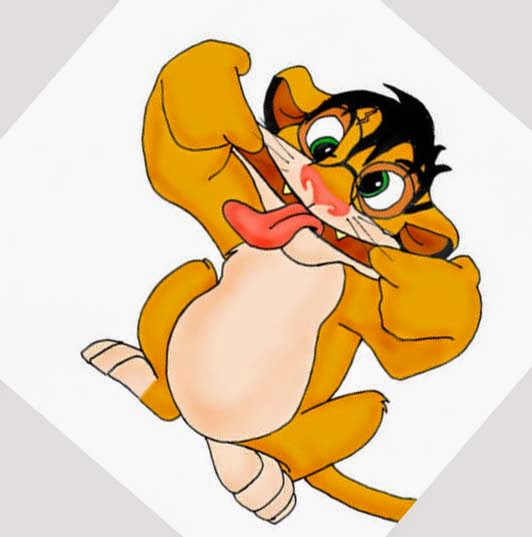 Most kids have silly moments, and some kids are silly by nature. I made the silly-by-nature kids seem serious. In the five hundred or more pictures that were taken during my childhood, I had a normal smile in roughly two of them. The rest consisted of every possible set of muscular contortions that a face could accomodate -amounting to a set of odd, asymmetrical, eyebrow-raising/smushing, cheek warping faces that still make me wonder what mood I could have been in to inspire such facial acrobatics.

I always had a silly comment on my tongue -the kind that always seems completely tangential from outside, but made sense in my brain, or if you'd spent the past day (or week) with me. In those days, I used a lot of shorthand -single words to replace entire jokes, references, or phrases. I had a million and one voices which I used frequently for everyday activities. At some point when I was seven, I seriously considered becoming a voice actor for cartoons -well, as seriously as any kid my age was about becoming a firefighter, astronaut, or president. I'm fairly certain that I had fewer than a handful of serious bones in my body.

Unfortunately (or perhaps fortunately), as I got older much of it faded away. Some kinds of humor transfer well into the grown-up world, though people tend not to respond very well to seemingly random, out of place, and silly words, phrases, or voices. They don't have a place in the adult world. Neither did my funny bones, so as I grew I lost them. After a while I forgot that I could produce the screeches, squawks, dings, bungs, and flongs of my childhood. There's little space for non-sequitur, ridiculous, shenanigans of the like my childhood was made of.


Of course change is often gradual, so I didn't really notice. It seemed like a natural part of growing up and becoming a respectable adult in society. After a time, I forgot there ever was a part of me that was so silly, that nonsense syllables could be hilarious and meaningful, or that Dr. Seuss's books embodied so much of what I never wanted to let go of as a child and be as an adult. I forgot what it is like to laugh so hard I needed to make a serious conscious effort to inhale. I forgot how much being silly is such a part of the youthful me, a part of my inner child that needs nourishing as much as my adult body. I let go of ever being that way again.

And then I met someone who brought all of that back into my world. We have our own little universe where all the silliness of my childhood has found a home again (along with serious conversations, stories and anecdotes about ourselves, our families, beliefs, and much, much more). I had never expected that part of myself -from such a different time in my childhood -to find a place in my life again. Not only that, I didn't realize how much I missed it until it became part of the adult me. It's amazing how something I had forgotten about and found again unexpectedly made me feel so alive and whole.

Seeing that mirrored in another person, in a relationship, is beyond thrilling. My abs are constantly sore (just like when I was a kid) because we spend more than half our time together laughing hysterically. I found a lost treasure, one that lights up my life.

Welcome to my blog!

I go by the name Ish Yehudi, and I think about relationships a lot, so I put down some of what I'm thinking here.

If you'd like to get a quick sense of who I am, this is where I am in life and my dating persona. I've also posted my relationship IQ and about what makes a great guy.

I LOVE COMMENTS! On old and new posts alike, I want to hear your thoughts! Also, feel free to email me at MasculineJew (at) gmail with your questions or thoughts, I very much appreciate them!

(Scroll to the bottom of the page for previous polls)